LONDON, April 22, 2021 -- GlaxoSmithKline plc (LSE/NYSE: GSK) today announced that the US Food and Drug Administration (FDA) has approved JEMPERLI (dostarlimab-gxly), a programmed death receptor-1 (PD-1) blocking antibody, based on the company's Biologics License Application. JEMPERLI is indicated for the treatment of adult patients with mismatch repair-deficient (dMMR) recurrent or advanced endometrial cancer, as determined by an FDA-approved test, that have progressed on or following prior treatment with a platinum-containing regimen. This indication is approved under accelerated approval based on tumor response rate and durability of response. Continued approval for this indication may be contingent upon verification and description of clinical benefit in a confirmatory trial(s). 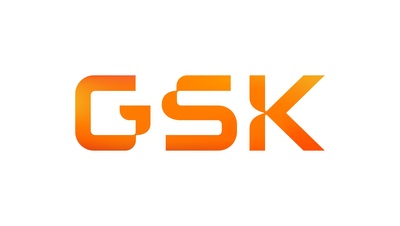 Dr Hal Barron, Chief Scientific Officer and President R&D, GSK, said: "Unfortunately, as many as 60,000 women are diagnosed with endometrial cancer in the US each year and these women currently have limited treatment options if their disease progresses on or after first-line therapy. Today's approval of JEMPERLI by the FDA has the potential to transform the treatment landscape for these women and demonstrates our continued commitment to helping patients with gynecologic cancers."

Dr Jubilee Brown, Professor and Division Director of Gynecologic Oncology at Levine Cancer Institute, Atrium Health, and investigator on the GARNET study, noted: "The approval of JEMPERLI has the potential to change the way we've been treating dMMR advanced or recurrent endometrial cancer after standard platinum-based chemotherapy, especially given the overall response rate and durability of response that we saw in the GARNET trial."

The approval is based on results from the dMMR endometrial cancer cohort of the ongoing GARNET trial, a large, multicenter, non-randomized, multiple parallel-cohort, open-label study, representing the largest dataset to date evaluating an anti-PD-1 antibody as monotherapy treatment in women with endometrial cancer.v The approval was granted under the FDA's Real-Time Oncology Review pilot program, and JEMPERLI was initially granted breakthrough therapy designation in May of 2019 for recurrent or advanced dMMR endometrial cancer.

The primary endpoints in the GARNET trial were overall response rate (ORR) and duration of response (DOR) as assessed by blinded independent central review (BICR). Results showed an ORR of 42.3% (95% CI; 30.6-54.6) with a complete response (CR) rate of 12.7% and partial response rate (PR) of 29.6% among the 71 evaluable patients with dMMR advanced or recurrent endometrial cancer who had progressed on or after treatment with a platinum-containing regimen. Of those that responded, 93.3% demonstrated a DOR of 6 months or more. After a median follow-up of 14.1 months, the median duration of response was not reached (2.6-22.4+).

Patients received 500 mg of JEMPERLI as an intravenous infusion once every three weeks for four doses, followed by 1,000 mg once every six weeks until disease progression or unacceptable toxicity. Among the 104 patients evaluable for safety, the most commonly reported adverse reactions (occurring in 20% or more of patients) were fatigue/asthenia (48%), nausea (30%), diarrhea (26%), anemia (24%) and constipation (20%). The most common Grade 3 or 4 adverse reactions (>=2%) were anemia and transaminases increase. JEMPERLI was permanently discontinued due to adverse reactions in 5 (4.8%) patients. No deaths attributed to JEMPERLI were reported in the study.

Dr Sue Friedman, Executive Director of Facing Our Risk of Cancer Empowered (FORCE), commented: "We applaud GSK and their ongoing efforts to support women with endometrial cancer, the most common gynecologic malignancy in the US and the sixth most common cancer in women worldwide. For many women whose disease is dMMR and has progressed after platinum-based chemotherapy, the approval of JEMPERLI brings a new treatment option to an underserved patient population."

GSK is also studying JEMPERLI for endometrial cancer in earlier treatment lines and in combination with other therapeutic agents for patients with advanced solid tumors or metastatic cancer as we work to expand our oncology pipeline and reinforce our portfolio of cancer treatments.

Making our products affordable and accessible
GSK is actively involved in creating solutions that allow patients to have access to new scientific breakthroughs. We remain committed to helping patients access GSK medications and have a long history of providing patient assistance programs. Patients and healthcare professionals can access more information about our oncology specific resources on insurance coverage and financial support at: www.TogetherwithGSKOncology.com or call: 1-844-4GSK-ONC (1-844-447-5662).

About JEMPERLI (dostarlimab-gxly)
JEMPERLI is a programmed death receptor-1 (PD-1)-blocking antibody that binds to the PD-1 receptor and blocks its interaction with the PD-1 ligands PD-L1 and PD-L2.xiii In addition to GARNET, JEMPERLI is being investigated in other registrational enabling studies, as monotherapy and as part of combination regimens for women with recurrent or primary advanced endometrial cancer stage III or IV non-mucinous epithelial ovarian cancer for patients with advanced solid tumors or metastatic cancer.

JEMPERLI was discovered by AnaptysBio and licensed to TESARO, Inc., under a Collaboration and Exclusive License Agreement signed in March 2014. The collaboration has resulted in three monospecific antibody therapies that have progressed into the clinic. These are: JEMPERLI (GSK4057190), a PD-1 antagonist; cobolimab, (GSK4069889), a TIM-3 antagonist; and GSK4074386, a LAG-3 antagonist. GSK is responsible for the ongoing research, development, commercialization, and manufacture of each of these Products under the Agreement.

GSK in Oncology
GSK is focused on maximising patient survival through transformational medicines. GSK's pipeline is focused on immuno-oncology, cell therapy, cancer epigenetics and synthetic lethality. Our goal is to achieve a sustainable flow of new treatments based on a diversified portfolio of investigational medicines utilising modalities such as small molecules, antibodies, antibody drug conjugates and cells, either alone or in combination.

Cautionary statement regarding forward-looking statements
GSK cautions investors that any forward-looking statements or projections made by GSK, including those made in this announcement, are subject to risks and uncertainties that may cause actual results to differ materially from those projected. Such factors include, but are not limited to, those described in the Company's Annual Report on Form 20-F for 2020 and any impacts of the COVID-19 pandemic.