“Delivering an incredibly capable finished ship to the Navy is always an important event for our Ingalls team,” said Kari Wilkinson, president of Ingalls Shipbuilding. “We are absolutely committed to the work that we do for our customers, communities and country.”

Arleigh Burke-class destroyers are highly capable, multi-mission ships that can conduct a variety of operations, from peacetime presence and crisis management to sea control and power projection, all in support of the national defense strategy. Guided missile destroyers are capable of simultaneously fighting air, surface and subsurface battles. These ships contain a myriad of offensive and defensive weapons designed to support maritime defense needs well into the 21st century. 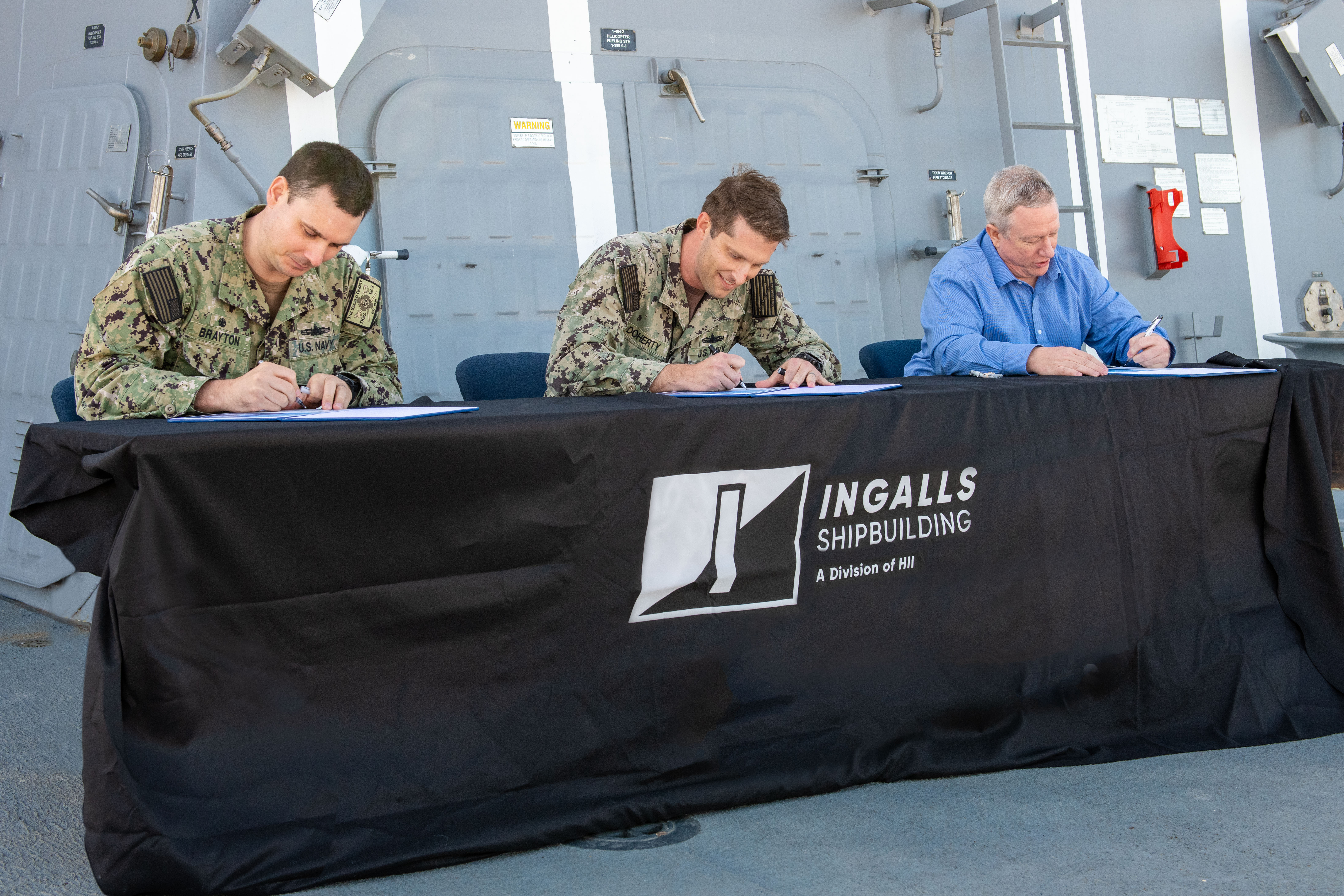 Photos accompanying this release are available at: https://hii.com/news/hii-delivers-destroyer-lenah-sutcliffe-higbee-ddg-123-to-u-s-navy.

DDG 123 is named to honor Lenah Sutcliffe Higbee, a Navy nurse and first woman to receive the Navy Cross for her heroic actions during World War I. Higbee joined the Navy in October 1908 as part of the newly established Navy Nurse Corps, a group of women who would become known as “The Sacred Twenty,” and became the second superintendent of the Navy Nurse Corps in January 1911. The ship's motto truly reflects the heritage of this naval hero — Bellatrix illa, meaning "she is a warrior."

HII is a global, all-domain defense partner, building and delivering the world’s most powerful, survivable naval ships and technologies that safeguard our seas, sky, land, space and cyber.

As America’s largest shipbuilder and with a more than 135-year history of advancing U.S. national defense, we are united by our mission in service of the heroes who protect our freedom. HII’s diverse workforce includes skilled tradespeople; artificial intelligence, machine learning (AI/ML) experts; engineers; technologists; scientists; logistics experts; and business professionals. Headquartered in Virginia, HII’s workforce is 43,000 strong. For more information, visit:

A photo accompanying this announcement is available at https://www.globenewswire.com/NewsRoom/AttachmentNg/6b6f25a2-f673-4a4b-b510-f16f4cf8adb0